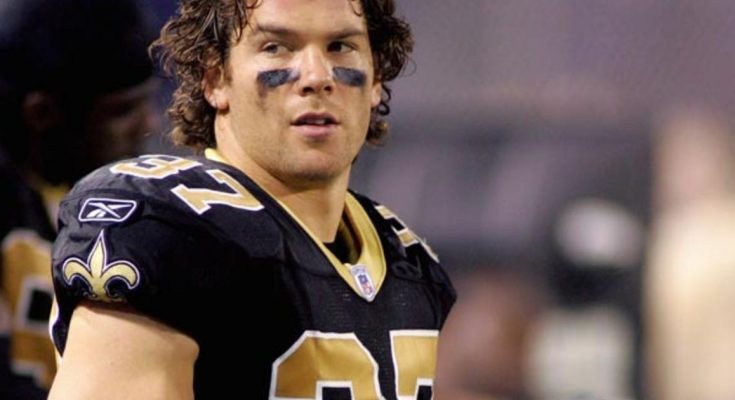 Check out the time and place of Steve Gleason's birth and a lot of more information!

Steve Gleason is a former American football player. He played as a safety in the National Football League. He was first signed by Indianapolis Colts as an undrafted free agent. He then signed for the New Orleans Saints were he continued to play through the 2007 season. After becoming a free agent in 2008, he retired from the NFL after playing for eight seasons. In 2001, he was battling ALS, and his experiences were captured over five years. The recorded videos were then featured in his documentary “Gleason.”

Read about Steve Gleason's career and accomplishments in the following section.

Steve Gleason started his professional career in 2000. He was signed as an undrafted free agent by Indianapolis Colts. He did not get to play a competitive match for them as he was released after the preseason. He was then signed by New Orleans Saints in November and placed in their practice squad. He was the 191st pick of the 2001 XFL Draft when he was chosen by Birmingham Thunderbolts.

Below is a short description of Steve Gleason's family situation. Check it out!

Steve Gleason is married to Michel Varisco Gleason since 2008. The couple has a son and a daughter. Their names are Rivers and Gray. When they came to know about the first pregnancy, it had been six weeks since Steve was first diagnosed with ALS. His bout with ALS was recorded over a period of five years.

Many ALS patients end up fading away quietly and dying. For me, this was not OK. I did not want to fade away quietly.

I have moments where I miss my old self. But I think anyone can get caught up in what we used to have. But at the same time, we can choose to focus on the beauty of now.

It’s pretty simple for me; I believe all people are created equal, regardless of their sexuality. To promote respect and acceptance is an important role for NFL players and the NFLPA.

To have a statue of you up 100 years from now at the Superdome, I think that’s amazing.

I believe happiness is a choice. Some days it is a very difficult choice.