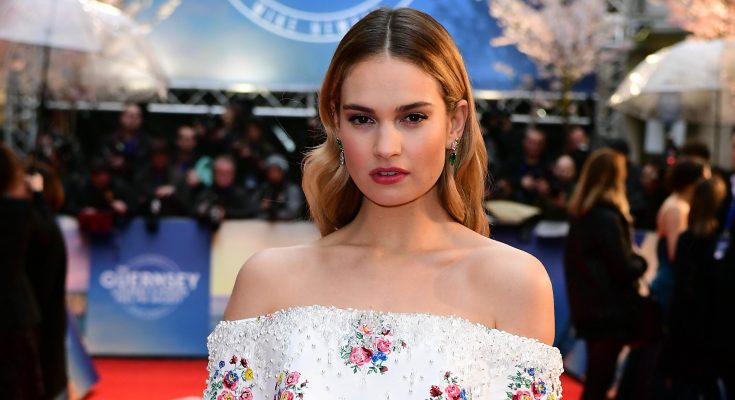 Check out the time and place of Lily James' birth and a lot of more information!

Lily James is a UK based actress who has achieved major success in her career so far. She has starred in hit films like Baby Driver and Mama Mia. She started her career in acting when she was featured in the British Television series Just William in 2010. Her film breakthrough was in 2015 when she appeared in the romantic fantasy film Cinderella. From there on, she got more and more significant roles in other films.

Read about Lily James' career and accomplishments in the following section.

Lily has been featured in several films in her career; these are some of her career credits. In 2010 she appeared in Richmal Crompton’s Just William as Ethel Brown, she appeared as a poppy in season four of Secret Diary of a Call Girl, and also appeared in Downton Abbey as the Rebellious Lady Rose.

Below is a short description of Lily James' family situation. Check it out!

Lily James’ father died in 2008 from cancer, and she took her father’s name “James” as a stage name after finding out that there was already an actress using Lily Thompson.

For exams, I swotted so hard because I couldn’t bear the thought of not coming first.

My dad did every single accent under the sun, and he would read bedtime stories.

Mum would have a panic attack if she had to stand up and give a speech around a table.

In anything, I always give my all. I’m not a good loser.