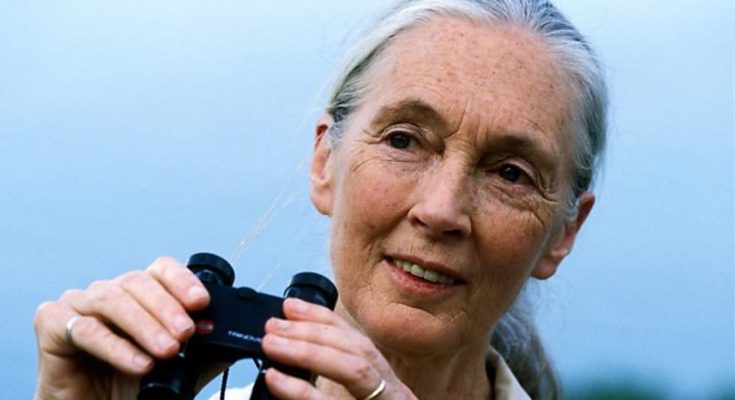 Check out the time and place of Jane Goodall's birth and a lot of more information!

Most are the times that we humans see how fellow humans are being mistreated, and few of us take note of how animals are mistreated. Someone who realizes that animals also need the same care we humans need is considered more humane. Well, Jane Goodall is just that type of person. Jane took note and studied (primatology) the behavior of primates in order to take good care of them.

Read about Jane Goodall's career and accomplishments in the following section.

Goodall has studied the behavior of chimpanzees for most of her life. In 1960, she started studying the Kasakela chimpanzee community in Gombe Stream National Park. She observed these chimpanzees closely, naming them instead of giving them numbers. Studying their personalities, she concluded that not only humans could have different personalities. While observing their traits, she deferred with whatever scientists said that only humans who are capable of making tools and that chimpanzees are vegetarians.

Below is a short description of Jane Goodall's family situation. Check it out!

Goodall was married to Hugo Van Lawick, a photographer on March 28, 1964, at Chelsea Old Church, London. However, their marriage did not last until forever as the vows, and they got a divorce in 1974. The following year was a merry again as Jane married Derek Bryceson, who was by then a member of Tanzania’s parliament and the director of the country’s national park.

I got my love of animals from the Dr. Doolittle books and my love of Africa from the Tarzan novels. I remember my mum taking me to the first Tarzan film, which starred Johnny Weissmuller, and bursting into tears. It wasn’t what I had imagined at all. 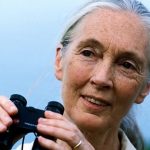 You cannot share your life with a dog, as I had done in Bournemouth, or a cat, and not know perfectly well that animals have personalities and minds and feelings.

People say maybe we have a soul and chimpanzees don’t. I feel that it’s quite possible that if we have souls, chimpanzees have souls as well.

My mother always taught us that if people don’t agree with you, the important thing is to listen to them. But if you’ve listened to them carefully and you still think that you’re right, then you must have the courage of your convictions.

I got to Africa. I got the opportunity to go and learn, not about any animal, but chimpanzees. I was living in my dream world, the forest in Gombe National Park in Tanzania. It was Tanganyika when I began.