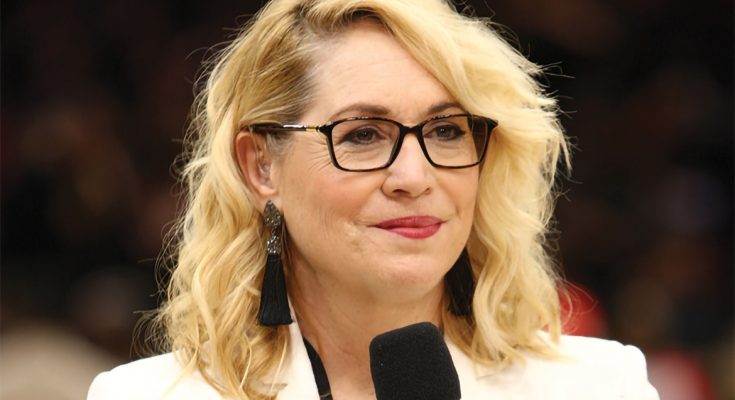 Check out the time and place of Doris Burke's birth and a lot of more information!

Doris Burke is a US sports analyst and announcer for NBA championship on ESPN sports channel and ABC games. Earlier she worked as a specialist for WNBA games on MSG. She has also worked on New York Knicks games. Doris Burke has been the first female commentator to give commentary for New York Knicks game on television and radio. She is also honored for her revolutionary performance, where she got chosen to enter the Basketball Hall of Fame by winning the Curt Gowdy Media Award 2018.

Read about Doris Burke's career and accomplishments in the following section.

In 1990, Doris Burke started her broadcasting career as an analyst for women’s soccer games on the radio. Doris became a part of ESPN’s reporting of the WNBA. For several years, she has also been the primary television and radio voice of the NY Liberty.

Below is a short description of Doris Burke's family situation. Check it out!

Doris Burke got married to Gregg Burke, who had been working at the post of head Golf instructor at the University of Rhode Island. The couple had two children. The couple took a divorce after a few years of their marriage. On March 27, 2020, Doris Burke got infected by the Coronavirus. According to medical reports, her state is recovering.

I take enormous energy from the players on the court. 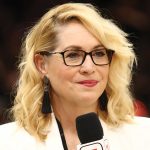 Every telecast, I still have butterflies and a little bit of nerves. But I think the nerves help. It elevates my attentiveness.

We still have a long way to go. Because the reality is that I’m 52-years-old. And how many 55 to 60-year-old women do you see in sports broadcasting? How many? I see a lot of 60-year-old men broadcasting. The physical appearance and natural aging of all the men doing this job don’t matter.

For me to even think about attending a college or university would have been a real financial hardship. It would not have happened. That basketball scholarship changed my life.

The WNBA changed the equation for a young female broadcaster who wanted nothing more than to remain close to the game, and call basketball games.